nce his first lesson in 1998. The depth of his understanding of Lindy Hop, Balboa, and Collegiate Shag stems from studying with the original dancers. Nick’s desire for authenticity, combined with his passion for dance evolution, leads to a style known for precision, lightness, musicality and dynamic energy. His successes include World Lindy Hop Champion, US Open Swing Dance Champion, American Lindy Hop Champion, National Jitterbug Champion, International Lindy Hop Champion, Ultimate Lindy Hop Champion, American Classic Balboa Champion and California Balboa/Swing Champion. Nick was honored to be recognized by the California Swing Dance Hall of Fame. He is also an accomplished choreographer and has choreographed for the hit television show So You Think You Can Dance. As an instructor, he is known for his ability to break down movements and technique to create a fun and light-hearted learning environment. His true love of music and dancing will forever inspire him to learn, teach, and grow. Following in the path of her great ancestor, Swedish explorer Sven Hedin, Kate has traveled to the greatest unknown regions of following and footwork. Aside from a love of classically inspired Lindy Hop, she is most known for her unique and elegant style of Balboa.

The result is an impressive resume. Kate holds championship titles in almost every major competition, including the American Classic Balboa Championships, the International Lindy Hop Championships, the Euro Balboa Cup, and more. She is also a highly sought-after competition judge. In 2012, she released two highly praised DVDs specifically for Balboa followers on technique and aesthetics. As a teacher, Kate is known and loved for her logic-based language, her unique methods of teaching technique, and, overall, never leaving student followers disappointed.

She is proud to have held, along with her friends at Get Hep Swing in Cleveland, the Guinness World Record for longest dance party ever (52 hours, 3 minutes). Her fashion is admired by many, her lines desired as far as the Orient. She also does trapeze. He is a passionate dancer of Balboa, Lindy Hop, and Solo Jazz and has won many national and international championship placements in those dances, which he teaches all over the world. His welcoming nature and humorous personality are complemented by his passion for the dance and in-depth instruction.

He is dedicated to exploring the art form and history of swing dance, as shown through his well-read blog, Swungover, and the story-telling talks that he delivers at events. He is the emcee of Lindy Focus and other events. Heather Ballew hails from the lovely, landlocked city of Denver where majestic mountains tower over the skyline and sunny days are plentiful. As a participant of the 1990’s swing resurgence she has seen balboa and lindy hop styles and techniques vary widely by region and evolve over the years. In her early years of dancing it became her goal to be able to dance with anyone. In the classroom she strives to help her students be successful on the social floor but her ultimate goal is to open up new avenues for creativity and communication within the partnership. She loves dancing with people of all levels and she is known for her connection, footwork and playfulness. She can be found teaching around the United States and abroad, talking passionately about scene-building, and starting zany and sometimes thoughtful Facebook discussions. 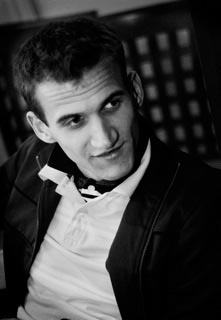 A geek-turned-professional-dancer, David Rehm specializes exclusively in the partnered swing dances, Lindy and Balboa, and is widely considered one of the top Balboa dancers and instructors in the world.

He is regularly featured teaching and judging at the most prestigious events dedicated to those dances throughout North America, Europe and Asia. In addition to numerous awards, in 2006 David captured both the American and European Balboa titles (with different partners) by winning the American Classic Balboa Championship and the Euro Bal Cup.

He is also the creator of The Experiment, the most intimate and intensive Balboa workshop, as well as the founder of the Northeast Balboa Corridor (NEBC) project. David is best known for his ability to capture both broad thematic abstractions and technical details all in the form of conceptual principles.

Kelly, from Knoxville, TN, has been dancing as long as she can remember. As a child she took ballet and jazz, but she was especially drawn to modern dance. At age 11, Kelly joined the Tennessee Children’s Dance Ensemble. She was with the modern dance company for 6 years, performing around the globe including Taiwan, Singapore, and Indonesia.

Kelly attended the University of Tennessee from 1997-2001, during which time she was a member of the UT Dance Company. She was also a dancer and choreographer for Circle Modern Dance Company. In 2003, Kelly moved to New York City where she continued her modern dance career performing with Von Ussar Danceworks and MAD About Dance. When she met Mickey in 2004, she discovered her love for balboa and lindy hop; and so began their amazing friendship and partnership. 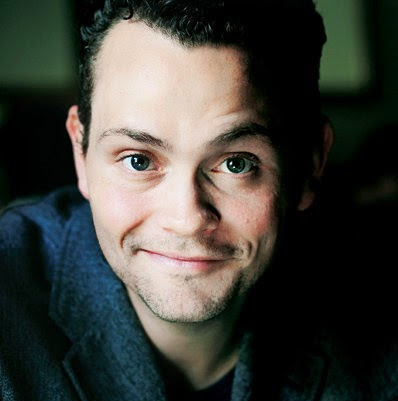 Mickey began swing dancing in Los Angeles in ’99. A year later he was teaching local swing classes at NYU. After graduating he worked with local teams in New York including Varsity Swing and Hop Swing and a Jump and later started running his weekly dance White Heat (something he’s been meaning to start up again).

Mickey (along with long-time partner Kelly Arsenault) has been dancing and competing since about 2005. During this time, their innovation and showmanship, coupled with their love of dance history and theory, have led them to become internationally recognized teachers and competitors in both Lindy Hop and Balboa. Together their winnings include repeat victories at the Balboa Rendezvous for 2006, 2007 and 2010. They are 2008 ABW American Balboa Classic Champions as well as winners of the 2010 ILHC and ESDC Balboa Strictly division. Mickey has taught extensively in the US, Canada, Europe, Korea, and Australia Anne-Hélène and Bernard started teaching and spreading their passion for Balboa in 2001. Soon after, they were asked to teach in international workshops all over the world: USA, Canada, Australia, New-Zealand, Korea, China, Japan, Taiwan, and all over Europe : Sweden, England, They  have run their dance school Studio Hop in Toulouse since 2001, and since 2003, have their own studio where they teach every evening – balboa,  lindy hop, charleston, jazz roots blues – in a relaxed and fun atmosphere. They also choreograph for their troupe (the Tagada Swing Swing) and have won several of the  main European troupe competitions. Laura Keat began her swing dance career in Denver when she joined the award-winning Lindy Hop performance team, 23 Skidoo! She immediately developed a passion for the art of swing dancing. Ever the disciplined student and skilled competitor, Laura began winning national titles and gaining recognition as a championship lindy hop follow with an independent style and point of view. She loves dancing with a wide variety of leads with diverse styles and ideas to challenge and broaden her own abilities as a follow. And as an instructor, she brings a fresh perspective towards developing each student’s technical foundation and individual style. For Laura, every dance is a chance to put smiles on peoples’ faces with an entertaining performance which shares and inspires the joy and excitement for swing dancing. Jeremy Otth amassed a great amount of knowledge on the historic essence of vintage swing dances from many of the original jitterbugs and swing dancers. Along with his seemingly inexhaustible amount of energy, Jeremy’s natural talent and dedication led him to accumulate championship titles at many acclaimed dance competitions such as the International Lindy Hop Championships, National Jitterbug Championships, American Classic Balboa Championships and the US Open Swing Dance Championships. Jeremy is now able to share that breadth of knowledge and passion for these classic partner dances by entertaining and educating feet from Southern California to around the world. Shani hails from sunny southern California. She is best known for her fast, syncopated Balboa footwork, tight swing style and her soft connection – which has been said to feel like a ‘warm hug’. As an instructor, she strives to make dancing simple and effortless with a strong emphasis on combining foundational basics with the soft skills of connection and personal body awareness to develop one’s own smooth flow and style.

For 20 years, Shani has dedicated herself to learning, preserving and sharing her love for Balboa and other social dances. She began swing dancing 1998 before moving to Orange County where she discovered a vibrant vintage swing community well connected to their local original dancers. She was immediately attracted to the fast footwork of Balboa and began frequenting the dance floors of first-generation dancers.

Shani is honored to have honed her social dance skills and footwork under the guidance of legendary dancers Willie Desatoff, Hal and Marge Takier, Bart Bartolo, Jack Carey and many others. And although she has competed, placed and won several major competitions, she mainly enjoys social dancing and inspiring others to love balboa and swing.

Jacob Wigger started swing dancing in 2003 and has been hooked ever since, with his first love being social dancing. As a teacher he uses a mix of humorous analogies and serious instruction to create a fun and exciting learning environment.

Jacob has been teaching at various Balboa events around the world for the last 10 years and has enjoyed competing for even longer, having placed and won at several large competitions. He is well known for his fast Pure Balboa footwork and his ability to create continuous flow for himself and his partner.